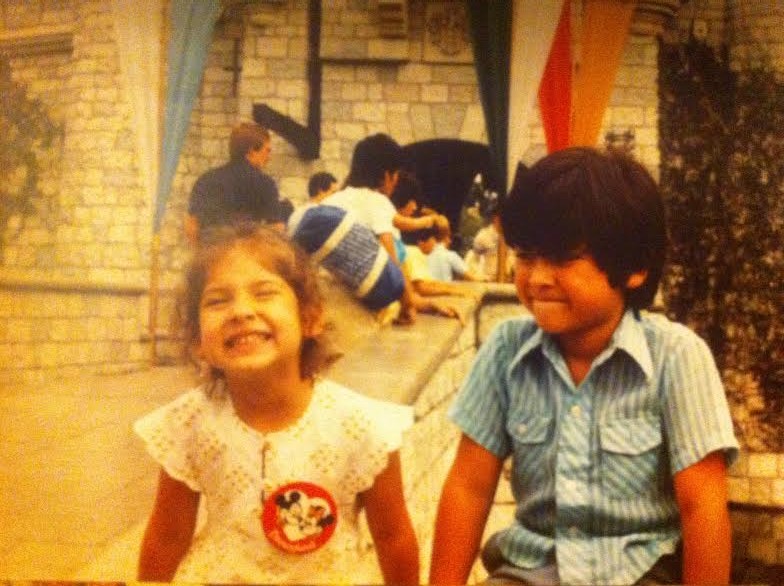 I’d like to say that I’m my own person and that all of my ideas and first impressions of the world were formulated and found by me, moi, and yours truly.  That I was born into a world that could be my oyster.

Big brothers are sort of an anomaly.  They look out for you, but they also see you as a puppy sees it’s chew toy.  It didn’t matter that I was a girl, I had limbs and eyeballs, so therefore he was going to practice the “Suplex” on me every time he watched the WWF.  Here’s a video, just in case you don’t know what it is.

I’m always a little jealous of the girls who say, “What?!  My big brother never tried to kill me…”

Were your parents monks?  How did your brother learn peace in such a hostile world?

Besides learning how to fend of wrestling moves, one of the first concepts I learned from my brother was what made a woman not only beautiful, but iconic. What others might call a sex symbol.  As a kid you don’t think in those terms, you just hear your brother say, “Farrah Fawcett is the prettiest woman in the world” and you automatically know that Farrah Fawcett is what attractive means. 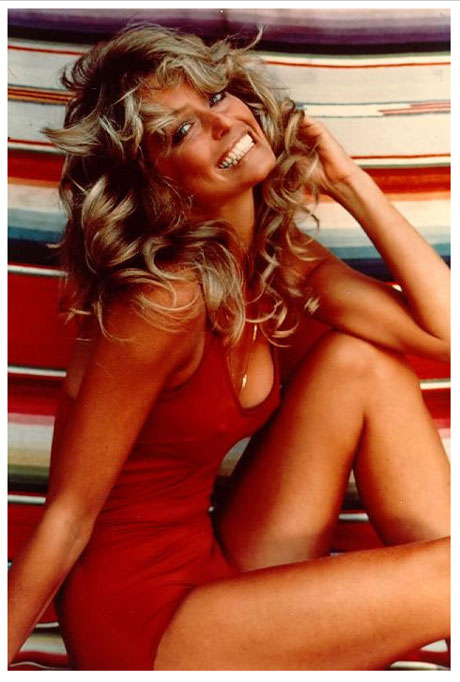 As a little girl, I had no knowledge of the nipple controversy surrounding Farrah Fawcett’s poster, the one that made my brother love her so much.  All I saw was a red bathing suit, a full head of hair, cleavage, legs, and a giant smile. Because my big brother watched “Charlie’s Angels,” I watched “Charlie’s Angels.”  At that point in childhood, we were inseparable.  He watched it for Farrah.  I lucked out-  I was watching women who were saving the day as opposed to damsels in distress. 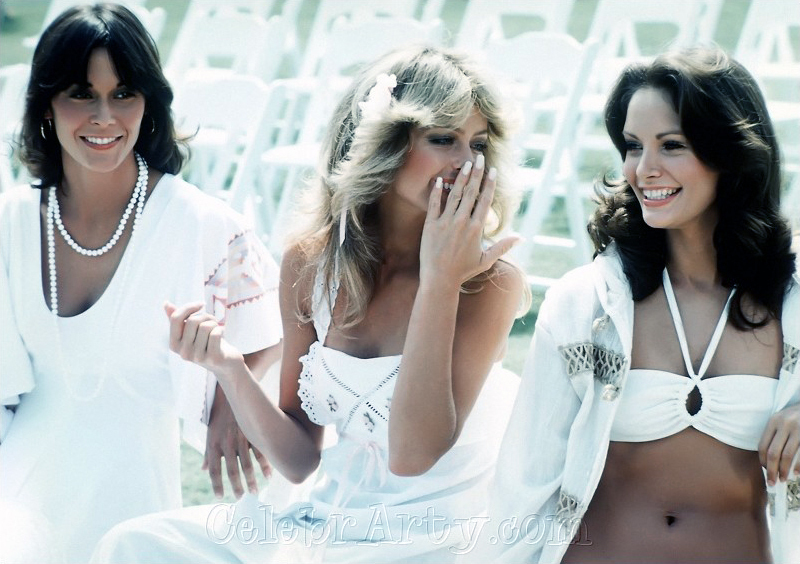 I thought Farrah was pretty, but I didn’t pick her as my favorite Angel. When I was a little girl, I picked females I could pretend to be during role-playing games with the other girls.  I couldn’t bring myself to pick someone who my brother thought was sexy.  It felt almost incestuous. If I wanted to be Farrah it was like wanting to be someone my brother wanted to get schmoozy with.  Ew…

Besides, I knew I could never be Farrah, because I was a brunette.  I liked Jacklyn Smith and Kate Jackson.  They represented my breed, somehow; and I wanted to grow up to be like them, sexy and smart.  Later, I included Cheryl Ladd in my likes because I thought she looked beautiful even when knives were thrown at her in the opening credits of the show.   Also, just because she didn’t look like me, I wasn’t going to hate her.  What kind of idiot does that? 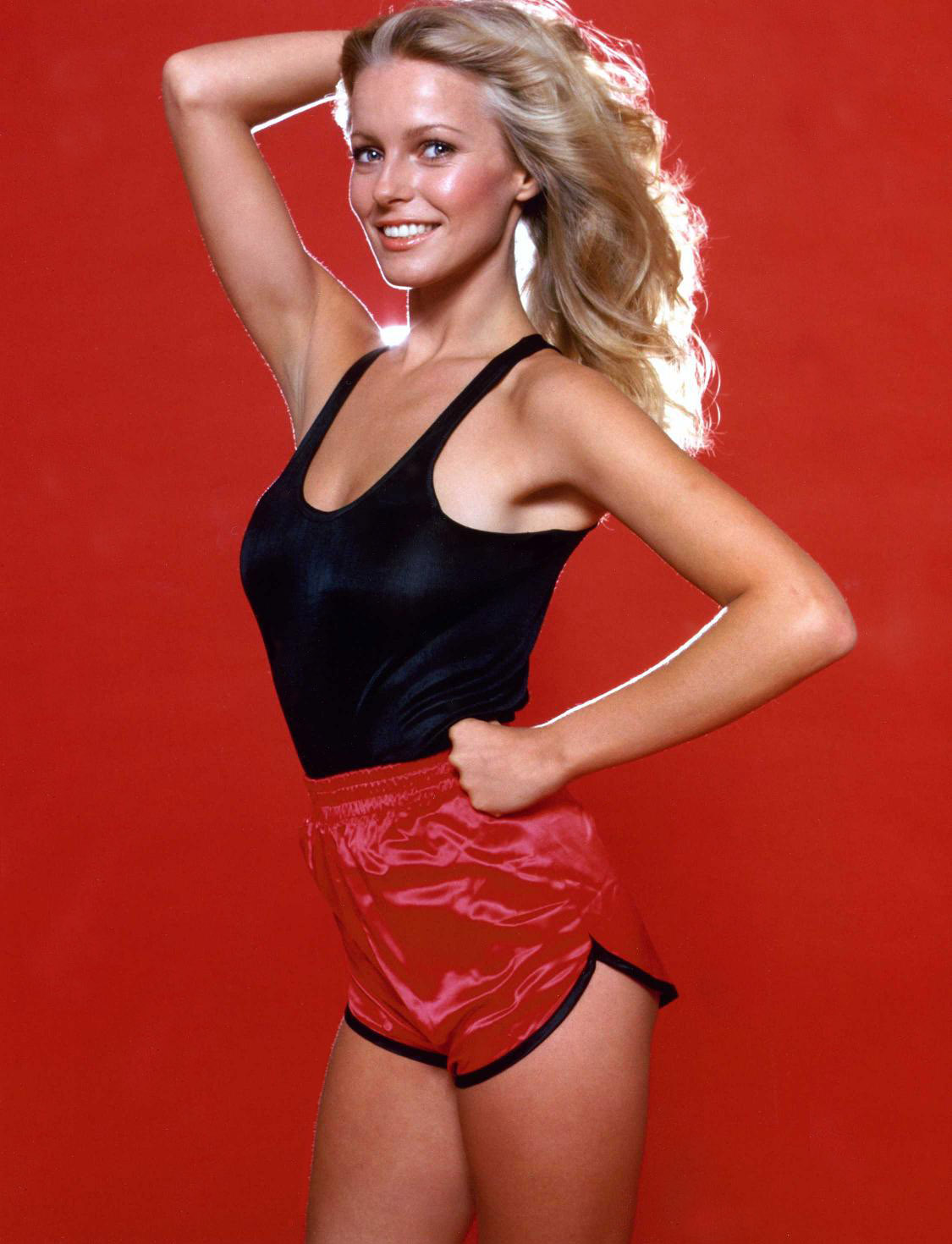 Cheryl Ladd- I actually own shorts like this, and it’s her fault. 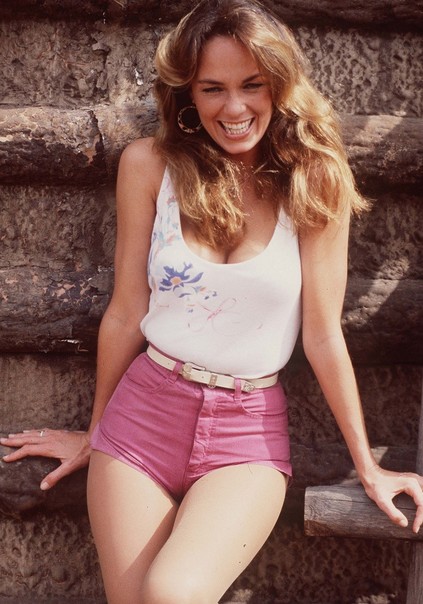 Daisy Duke was the reason scissor sales went up in the 1980’s.

There was another chick who I wanted to be from my brother’s favorites, and that was Daisy Duke.  I can’t tell you one episode of the Dukes of Hazaard, I was too young.  I know the background, car chases with the sheriff in the General Lee, and the family laughing together at the end of every episode, but not much more.  Daisy Duke amazed me.  She had two brothers, and they never beat up on her! When I was a little girl, I saw a very sexy female hold her own in a good ol’ boys world.  She was ahead of her time.

“She’s hot,” weren’t the only words that told me what women impressed my older brother.  On drives through Malibu, he would point at giant mansions overlooking the ocean and say, “That’s Cher’s house….  that’s Madonna’s house…. that’s where Sylvester Stallone lives…”

I don’t know how he knew they lived in those houses, he most likely heard it from another older kid. Maybe they lived there, and maybe they didn’t. As he showed me cliffside homes and named celebrities, my eyes grew wide.  I believed that he actually had insight about the people who lived behind the walls of those PCH fortresses.

There is a time in childhood when younger siblings treat the words of their older siblings like gold.  Maybe we never completely grow out of it. 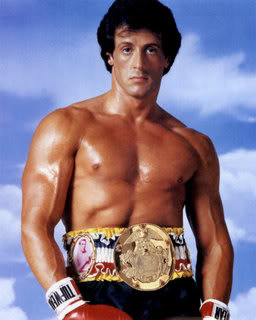 For the record, my brother’s name is Rocky.  He put Cher and Madonna on the same level as his namesake and hero.  That’s pretty empowering to a little girl who looks up to her big brother. 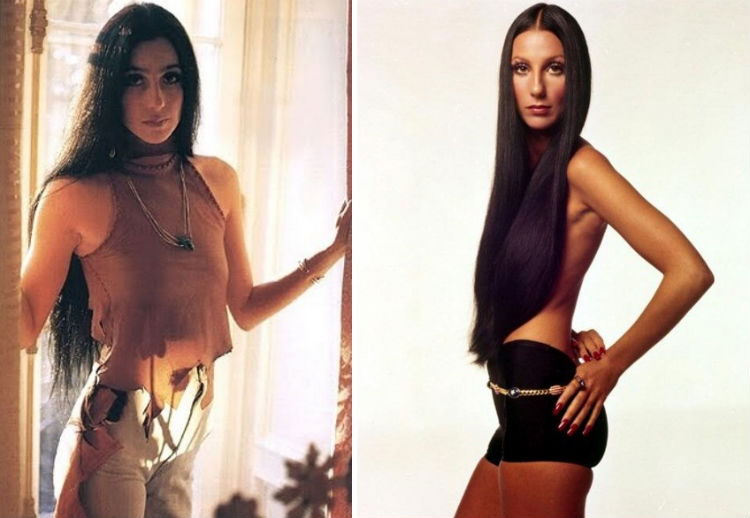 I know that my brother was a little rough on me, not because he hated me, but because he didn’t want his sister getting taken advantage of.  It was his job to prepare me for the world that he was experiencing, and it was a boy’s world. He talked to other boys about sexy women and body parts what they wanted to do to those sexy women; and it was okay for them- but it was never okay for anyone to think about his sister in those terms.  Those beat downs he gave me served a dual purpose.  One, he was training for his own future should he need to fight in the street, and he was training me for mine, should I ever need to fight off anyone who thought like him and his friends.

I’m grateful that Rocky was my big brother.  As much as he was my tormentor he was also my protector. He was the person who consistently pulled back the curtains to the windows of a kid’s world to show me more than I would have seen had I been alone.

Sometimes people judge present sex symbols with jaded adult perspective, and don’t see the deeper layers of what a child might see.

When my big brother picked the Charlie’s Angels and Daisy Duke as ideal women, I did too.

Because his words were gold.

Thank God he had good taste.

xo and thank you for reading

Melanie Baldonado was born and raised in Oxnard, California to a family of five children. She took a quick time-out from her California lifestyle to attend college at the University of Kentucky, where she majored in Kinesiology, Sociology, and well, fun.
⇐ Screw The Man Flappers Comedy Show In Burbank
Copyright © 2015 Melanie Baldonado | Sitemap | Privacy Policy | Terms of Use
Designed by Stand Out Comic