“Sticks and stones will break my bones but names will never hurt me.”

It was a song we sang as kids as our first line of defense, and it was necessary to learn.  For the rest of our lives we would be defending ourselves against words and names.  It was an instant armor for our psyche.  An armor as thin as a lie, because that’s what it was made of.

I guess this is on my mind because this past week, an ex-boyfriend called to apologize.  We broke up nine months ago.  His reason for apologizing was because he never trusted me.  I don’t care that he didn’t trust me, we weren’t together long enough for me to earn his trust.  The apology should have come because he was careless with words.  If he wasn’t careless, then he was methodical, and was finding ways to “neg” me. 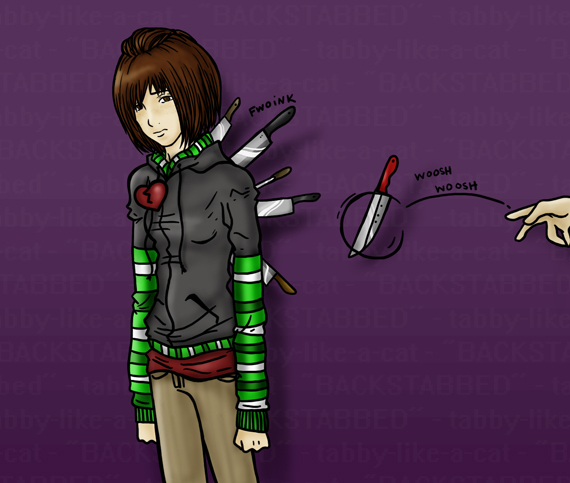 The affect of “negging,” insults, and back-handed compliments.

Eek.. “negging”…  If you want to get a girl into bed,  tell her negative comments about her appearance.  Make her feel bad about herself.  Bad enough to sleep with a guy she wouldn’t normally sleep with.  Break her spirit, and viola! She opens her legs!

The phrase was coined by a male writer, but let’s not pretend girls don’t use “negging” to get what they want.  This practice goes both ways.

I don’t want to believe that my ex-boyfriend was consciously “negging” me.  I think he was a decent guy who didn’t realize his impact when he criticized or gave me genuine back-handed compliments. Call me impatient, but I broke up with him after two weeks of becoming exclusive.  Can he even be considered an ex-boyfriend?  I don’t know.  We courted for three months prior, but…

This is not me, although, it would be nice to have a guy who looked like him.

Oh sex, I know, everyone wants to know about sex, because sex is a reflection on the depth of a relationship.  Here’s the deal.  You can’t have good, spiritual sex with someone unless you both make yourselves vulnerable enough to accept a part each other that is beyond the physical.  You must let go of the grip on your soul.

We weren’t sexual until we were exclusive, and it only happened twice.

Two times in two weeks sounds like someone cutting down on cigarettes.  Yikes.

I’m not perfect.  I will own that it takes me time to warm up to a person, that I don’t open my heart easily.  I will also own that I don’t let people know when they hurt me.  Maybe because I was bullied as a kid and I still carry feelings that I don’t want anyone to have the satisfaction of making me cry.  Sometimes this block makes people think I don’t care what they do or say to me. I know I’m a hard read.

My new boyfriend was becoming unsure of us.  To get reassurance,  he tested my feelings by injuring.  It’s a natural thing that people do. We’ve all had a significant other pick a fight with us.  It’s a move out of insecurity, and it’s made because they don’t think that we are moved enough by them.  Everyone wants to feel they make an impact, and he tried to make his with words.

They were slight words. Covert phrases.  Masked in compliments and other people’s words.

“When I first saw you, I didn’t even think you were that pretty, but after getting to know you, and who you were on the inside, I discovered that you were beautiful.”

Why did he have to say it that way? 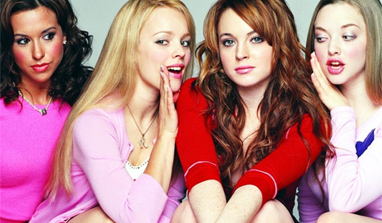 What is “that pretty?”  Is anyone really so pretty she be cruel and no one will protest? “Julie is allowed cut off Ellen’s ponytail at the base of her head and wave it in her face, while laughing hysterically, pointing, and filming it, and we will still love Julie… she’s that pretty.”  No one is that pretty.

“That pretty” stuck with me.  When insensitive words come out of the mouths of people we care about, those words cut like a sword covered in poison. When he first saw me, he didn’t think I was “that pretty.”

“That pretty” doesn’t exist in my world.  It existed in his, and he let me know that whatever “that pretty” was, I wasn’t it.

But it was okay, because my insides were made of gold.  “Thank you for the compliment!  I’ll use it to bandage over the gash you just created.  Thank you, you’re so wonderful.  I’m so lucky to have a boyfriend.”

“I’ve dated really, really hot girls in my life, I mean like, 10’s. But there’s a reason they’re not around anymore, and you are.” 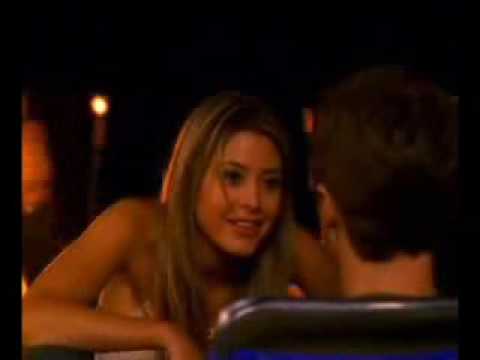 Entourage’s “Perfect 10” model. I’m sure that no one he dated looked like this, but, whatevs.

To this day, I will never understand why he made this statement twice. What I heard was that he had the potential to get really, really hot girls, and even they had screwed things up with him. I should stay on my toes and also be appreciative of his affection,  especially since in his eyes, I’m not “that pretty.”

Conversations piggyback on one another.

I’ve heard people say, “They’re just words, harmless letters, joined together to form sounds with which we have shared communication, only you can give them importance…”

World leaders have become legends with words.  President Reagan said “Mr. Gorbachev, tear down these walls.”  Metaxa is remembered simply for saying “NO” to Mussolini. Words have potential and carry responsibility.

After the “really, really, hot girls” comment, I thought of coming back with, “I’ve dated really nice, handsome, wealthy, smart, and successful people in my life. But there’s a reason they’re not here anymore, and that reason is that one of us broke up with the other.  Trust me, if one of them were still around,  you wouldn’t be.”

But I didn’t use those words.  When words come from a place of hurt, they tend to hurt back. We think we are only throwing rocks. That’s why it’s easy to fire back. Once airborne these rocks grow into boulders, causing Thor-like damage when they land.

Bones and bruises heal, but remembered words are eternal in the minds and hearts of the living.

I kept my mouth shut and let my brain process. We were one and a half weeks into a relationship that I knew was going to end very quickly, all because he was unaware of the effects of his words, and I don’t put up with anyone’s bullshit. 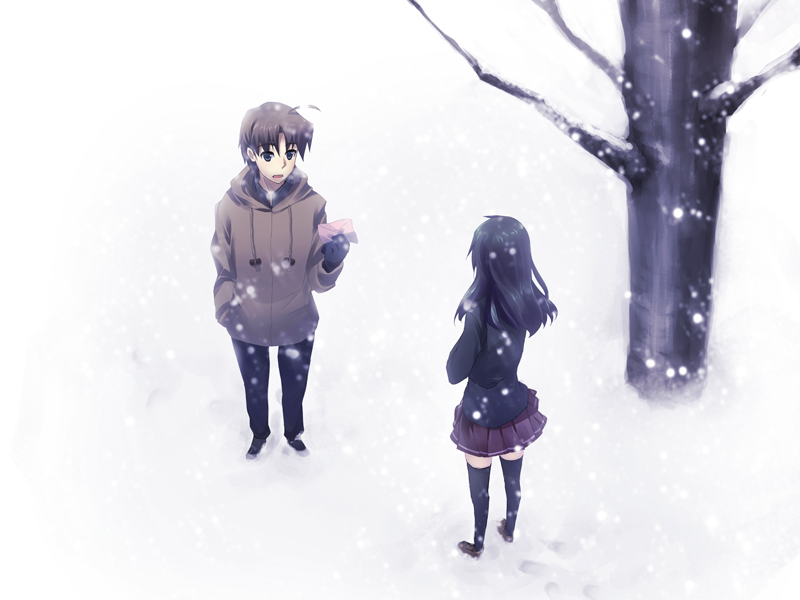 The value of his deeds began to diminish. Holding the door open, pulling out a chair, and buying me dinner meant nothing when he quoted something I told him a former boss said to support his list of things I needed to work on.  That’s a cold betrayal, agreeing with someone’s former boss!

I couldn’t take it anymore.

“Do you want to be single?  I think we should be single.”

Those were my words. It was a swift axe, I know, but I won’t stand for a relationship filled with loveless words.  I had to walk away.  Not only for me, but also for him.  I know I have the potential to destroy someone with words.  I’ve done it before.  I still struggle to forgive myself for one of those times, when I lashed out at my sister ten years ago.
I left to save the both of us from hurt.

I wanna talk about YOU.

I most likely would have cheated had I stayed.  Wearing down anyone’s psyche is a very dangerous game.  If you methodically break someone, they will know how to break you back.

As he gave me the list of his deeds that made him an  excellent boyfriend, and my lack of deeds that made me a horrible new girlfriend, I thought of a former love who still loved me and wasn’t afraid to say it.  I started thinking about all of the possibilities I still had access to, right there in my phone.  One text away from being with someone who had never thrown his “really, really, hot” exes in my face.  The more he talked, the better they seemed.

I would have broken him.  Because I started seeing him as a manipulative asshole who pretended to be nice.  The longer I stayed with him, the more I would have become him.

When my ex called the other day I told him the truth as lightly but honestly as possible. I wished him well, but didn’t like him very much.  I felt that he perpetrated himself to be a nice person but that he said hurtful things due his insecurity.  I told him that his dark places were mean.  The fact is- I knew him nine months ago.  I have no idea who he is now.  He might be whole and healed and confident and wonderful.  He might have become the man of my dreams.  I can’t take that chance.

Fool me once, shame on you, fool me twice and I’ll feel like punching myself in the face.

Love isn’t easy.  Sometimes, the ways we learn love are filled with manipulation. It takes awareness and effort to break free of those traits. If you aren’t ready to love someone else, don’t try.  Don’t stick around for hurt, because you will hurt back.  You can only carry so much of it on your soul before you start to share it.

Being “hurtless” is so much easier than the opposite.  Try it.  You’ll probably live longer.  You’ll definitely live easier.

Oh, and stop this “negging” bullcrap.  Guys and girls.  You know who you are.

Melanie Baldonado was born and raised in Oxnard, California to a family of five children. She took a quick time-out from her California lifestyle to attend college at the University of Kentucky, where she majored in Kinesiology, Sociology, and well, fun.
⇐ My thoughts on the Patriot Act
The Punching of V. Stiviano ⇒
Copyright © 2015 Melanie Baldonado | Sitemap | Privacy Policy | Terms of Use
Designed by Stand Out Comic